Elena is a dance teacher and competition adjudicator since 1976. Currently specializing in  high level competitive Ballroom for all ages as well as young dancers development. She was a member of The Board of Chairmen of Russian DanceSport Federation in 2000-2006 and the organizer/co-organizer of many competitions including Russian National Championships in 1995 and 1997. She coaches multiple Russian, US and European champions and finalists, who she has trained since their very first steps in Ballroom dancing. Elena is only coaching active competitors and young pre-ballroom dancers.

Ekaterina has been a Latin dance teacher since 1994. She has had an extensive competitive career, participating in over 1,000 competitions world-wide in the span of 25 years. Ekaterina is a US National, US, UK and British Open Professional Rising Star finalist, as well as a World Cup professional Latin finalist. She retired at the top of her competitive career placing 22nd among all the Professional Latin dancers in the World Ranking list. Ekaterina has choreographed several performances on TV shows "Dancing with the Stars" and "America's Got Talent". She has published articles for magazines, such as “Dance Beat”. Ekaterina is only coaching active competitors and also offers an online consultation. 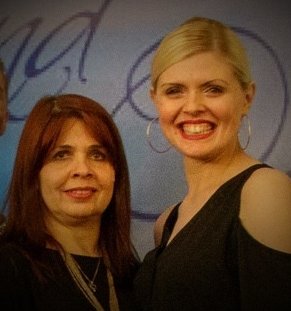 All teachers and coaches introduced on this page are working independently in studios throughout our region. All of them grew up as dancers at NIKA Academy to become Nationally and Internationally recognized performers and coaches to successful dancers, and as their coaches we are proud of their success and desire to pursue a future Professional career in dance. We are confident you will get the highest level of instruction. To schedule your lessons, you can either contact them independently or you can contact NIKA Academy for other methods of contact. 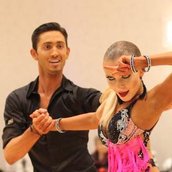 Alina was trained to become professional dancer since the age of 5 months. Her father Dmitrii is one of the top Latin dance coaches in Russian Federal Volga region for the past 25 years, her mother Elena is a professional dancer and gymnast and is a choreographer in on of the leading Russian rhythmic gymnastic schools.

Alina was invited to represent NIKA Academy at the competitions in the US and all over the world in 2016, as an Internationally recognized athlete and together with her partner, they quickly became one of the top United States couples in Latin in  "Under 21"  division. In 2018 Alina started dancing with Scott Nicholson and later that year they have become husband and wife. Alina is available for lessons and classes in Latin, Ballroom, Ballet, Dance conditioning for ages 3+, teens, adults and seniors and can be contacted via email HERE 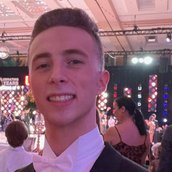 Michael started his dance education at the age of 8 and currently is one of the Professional competitors in our region. In 2018 Michael with his partner placed 10th at the US National Championships in Provo, UT. Although trained in all 10 international style dances, Michael specializes in Ballroom program. In addition to his extensive dance career Michael is a student at UW. Michael is available for private lessons for children and youth. Michael can be contacted via email  HERE